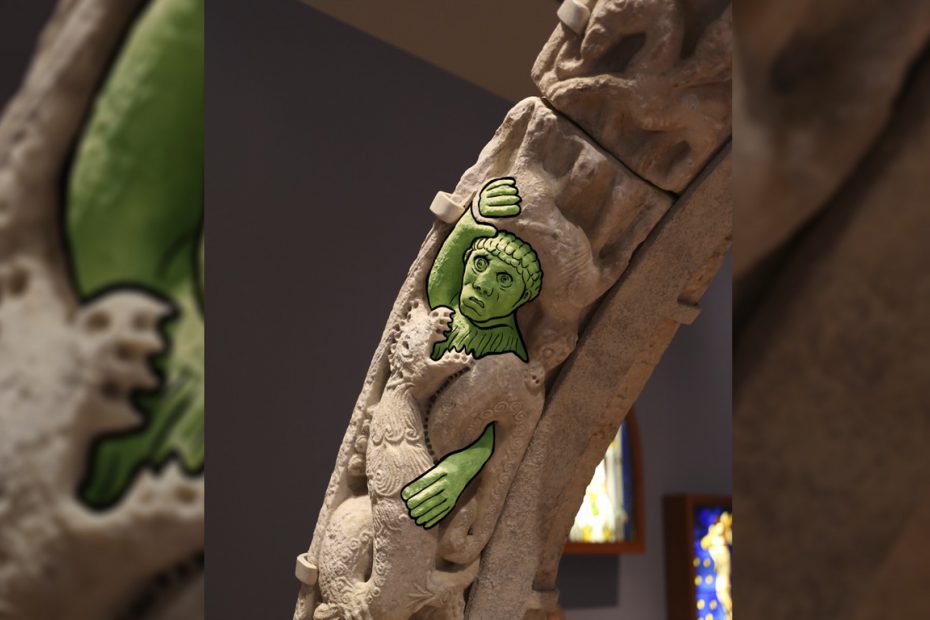 This wonderful arch, housed at the Nasher Museum of Art, consists of intertwined men and animals combined in a frightening vision of suffering in Hell or Purgatory. The arch is from the Cathedral of Alife, an ancient Roman city near Naples, Italy, and is a remarkable example of Italian Romanesque sculpture. The analysis of the marble of the individual pieces indicates that they were carved from Roman materials originally from quarries in Italy, Turkey, and the Greek islands. Fragments of ancient sculpture (spolia) can be seen on the reverse side of the medieval carving.

A team of Duke students is developing an interactive visualization to engage museum visitors with the history and meaning of this remarkable work of art.

The current project draws on previous work completed by Angelina Liu (MA in Computational Media ’19), students in the spring 2016 course ARTHIST 551SL Advanced Digital Art History, and a prior student project by Joseph Williams (PhD in Art History) and Kiki Fox (Trinity ’12). Williams and Fox first captured the arch using photogrammetry technologies, a process that has been repeated as technologies have advanced and as an opportunity to teach photogrammetry techniques. Williams and Fox also researched the ancient marble trade and comparative fragments to better understand how they may have been originally used in ancient architecture before being repurposed.