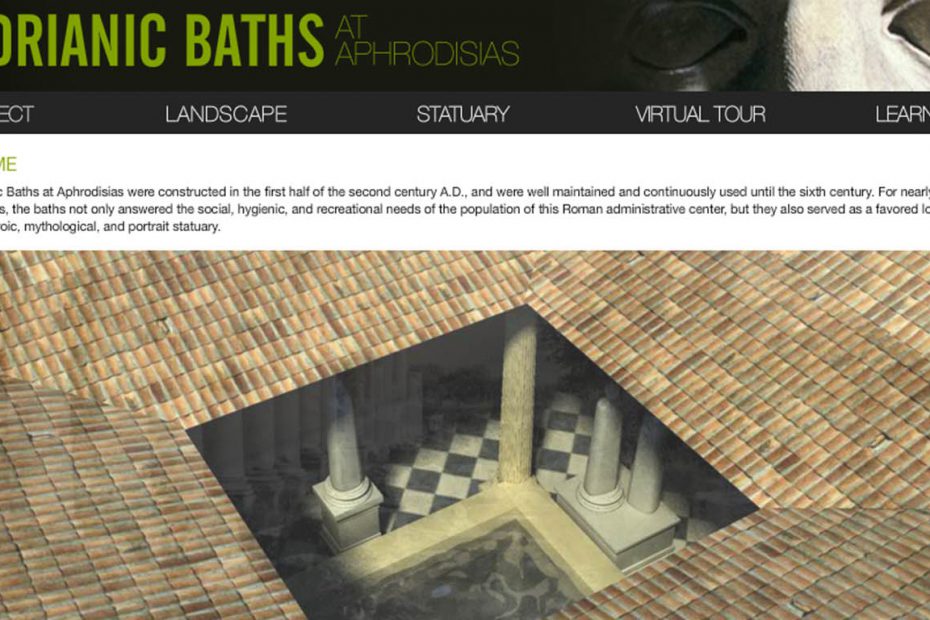 For nearly four-hundred years, the Hadrianic Baths at Aphrodisias not only answered the social, hygienic, and recreational needs of the population of this Roman administrative center, but also served as a favored setting for the display of heroic, mythological, and portrait statues. The statue landscape here represents more than simple accrual, as statues were added, moved, damaged, and reused in this context over the centuries. Our goal was to recreate and understand the final phase of this long and complex process.

The archaeological site at Aphrodisias is a rich source of well-preserved sculptural and architectural remains, and thus, an ideal place to begin to visualize ancient “statuescapes.”

Part of the 2009 course Wired: New Representation Technologies for Historical Materials, the collaborators on this Wired! project produced interactive findspot plans, restored and re-colored statues in Photoshop, constructed a 3D model to envision these statues in their architectural context, created a video tour of the baths, and authored a project website.