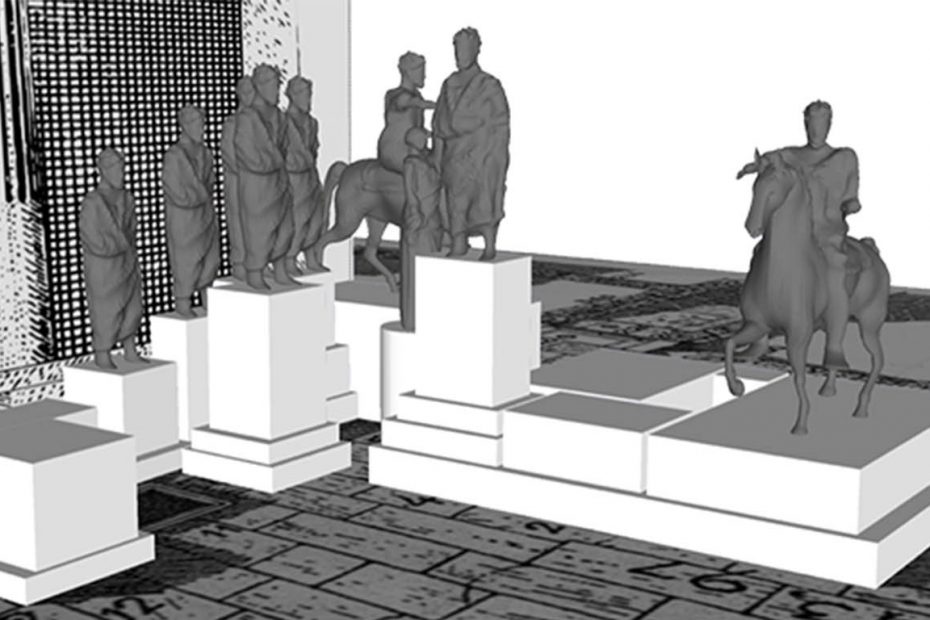 Ancient cities and sanctuaries were once filled with statues. While digital tools have long been used to reconstruct ancient buildings, there has been little attempt to reconstruct the many statues that filled the spaces in between. And, unlike ancient architecture, this statue landscape was forever changing, newer statues were constantly being added. The dense accumulation of statues was an important aspect of the ancient viewing experience of these monuments, which represented visually local social and political history.

While the ancient statue landscape is now difficult to reconstruct and to visualize for a variety of reasons‚ most bronze statues have long since been destroyed, and many statue bases are not found in situ‚ the Dromos of the Sanctuary of Apollo on Delos offers a unique opportunity to study the political and spatial dynamics of portrait statue monuments, as the location of the monuments or their foundations were clearly recorded in the state plan published by Rene Vallois in 1923. Many of these bases are still in situ. Because this state plan presents only the final phase of what was in fact a long and complex process that took place over about two centuries, one aim of this project is to unpack the processual dimension of this statuary display and to represent this process visually. By making a model of the Dromos using Google SketchUp, we capture the dynamic and changing nature of this space over time.