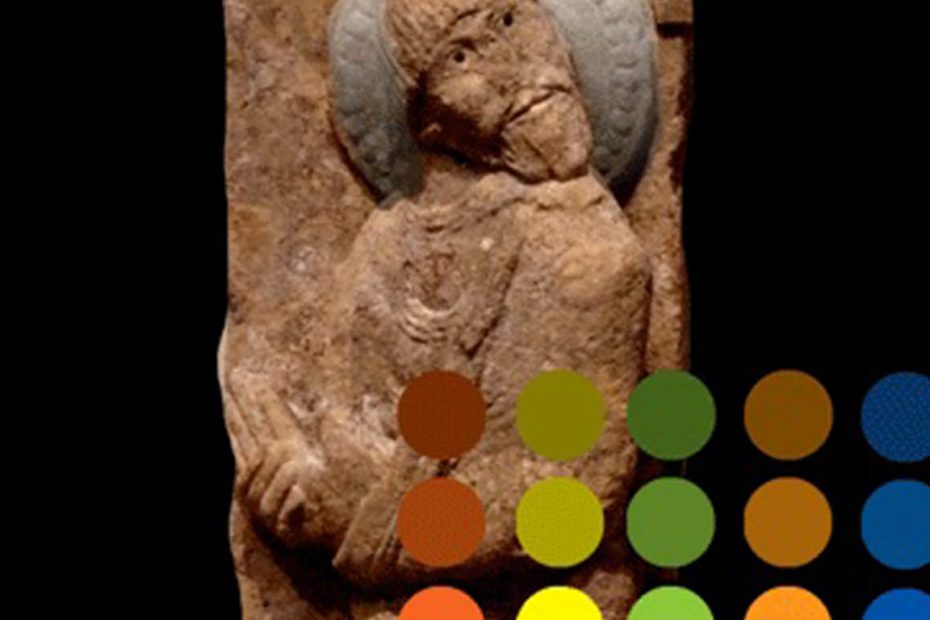 The Nasher Museum of Art at Duke University holds four pieces of an important ensemble of Romanesque figural sculpture. These four apostles, along with two others at the Rhode Island School of Design Museum of Art, another at the Smith College Museum of Art, and one more apostle and an angel at the Memorial Art Gallery at the University of Rochester, were originally part of a 12th-century Ascension scene, probably on the exterior of a church, that would have been comprised of at least fourteen figures. Unfortunately, several pieces of the original group have been lost, but other evidence remains.

The initial goals of this project were to recontextualize the figures at Duke by recreating a hypothesis of their original arrangement and proposing a hypothesis of color for the girues in order to better understand how polychromy creates and enhances particular visual effects. Meg Williams (Trinity ’12) and Katrina Robelo (Trinity ’12) thus drew upon conservation reports of the surviving sculptures, as well as Medieval manuscript illuminations to visualize these apostles as they might have originally appeared.

Following the initial project, the team developed an installation piece, Medieval Color Comes to Light, an app that enabled museum visitors to digitally recolor the four apostles in order to see for themselves how the statues might have originally appeared.