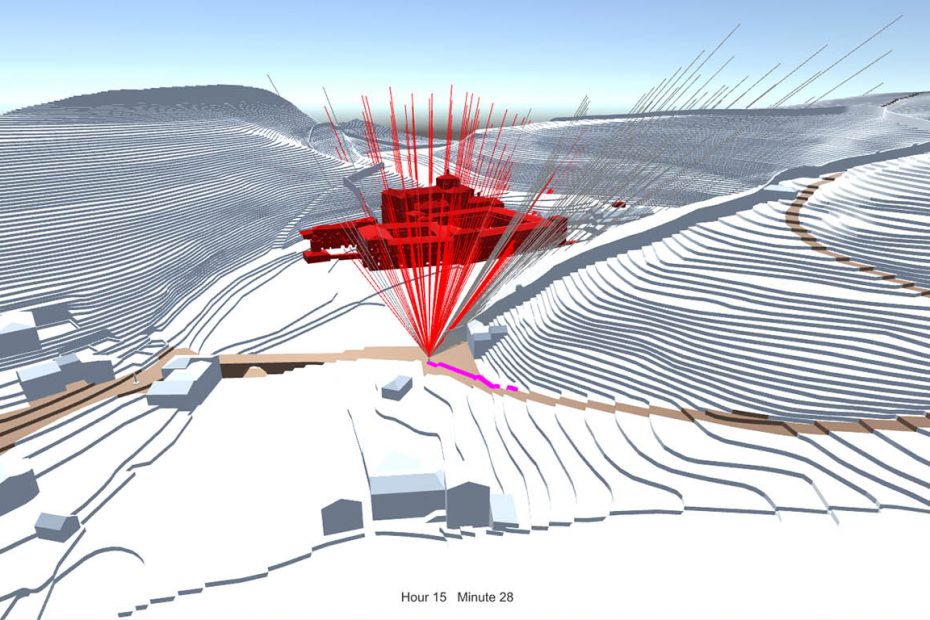 Agent Based Modeling (ABM) serves to computationally model populations within the built environment. Agents are placed within 3D spatial simulations and navigate the modeled space autonomously. Preprogrammed with a simple set of rules the agents evidence movement and occupation data through emergent behavior and spatial occupation. ABM is highly scalable from individual buildings to large urban simulations.

This project continues the development of the SpatioScholar ABM system originated in collaboration with Dr. Burcak Ozludil at the New Jersey Institute of Technology. ABM simulations are being applied to three case studies. The interaction of patient cohorts with physicians and staff in the Toptasi Asylum in Istanbul, Turkey in 1911. The interaction of pilgrims on the St. James Way with the monastery at Samos in Galicia, Spain. And the visual identification of Jewish Ghetto residents in occupied Krakow of the historic Jewish landmarks while on forced labor movement. These three case studies present unique challenges to the use of ABM in historical research in terms of scale, population characteristics and data sets.

Undergraduate students from Art History and Computer Science are developing project simulations, researching and building 3D model data and developing programming code for the ABM system features. The goal of the project is twofold: to formalize the codebase of the ABM system for adoption by external scholars and to study the presentation of ABM data sets in conjunction with the staff at the Center for Data Visualization and Sciences.

Banner Image: Computational viewpoint analysis from an agent towards the monastery at Samos along the pilgrimage route to Santiago de Compostela. Image Credit: Augustus Wendell