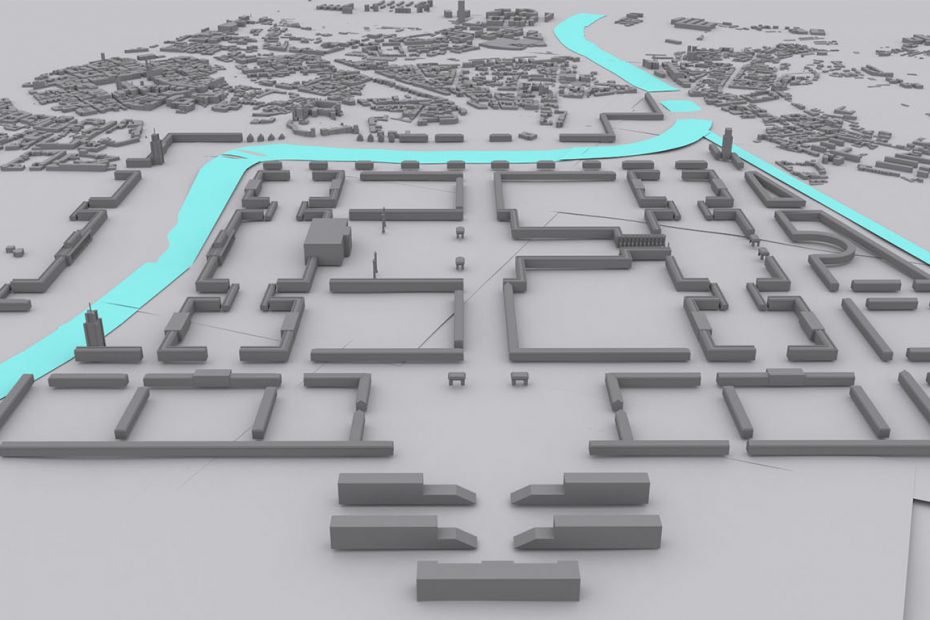 As is well known, Krakow became a key location within the National Socialist plan for military expansion and the implementation of genocide in Eastern Europe during World War II. Here, Hans Frank and the General Government he led developed their policies of oppression and occupation by establishing a formidable military and SS presence as well as claiming Krakow as “Germanized” again. Yet, while these policies and ideologies have been analyzed by scholars, little attention has been spent on how they were enacted in the built form of Krakow itself. This project addresses the key urban planning and architectural initiatives meant to “Germanize” Krakow, establish military rule, and also rid the city of its Jewish population. In particular, it will look at an intersecting history of the built environment, comparing both the analog visual evidence of Nazi plans, drawings, and photographs with the digital exploration of the importance of victim spaces, above all the Jewish ghetto. The plans for rebuilding Krakow, led by architect Hubert Ritter, were ambitious and followed the goals of rebuilding cities established by Hitler for Nuremberg, Berlin, and elsewhere. So, too, of course, were the goals of concentrating and ultimately murdering the Jewish population of Krakow and the surrounding areas as part of the radicalization of the Holocaust. Spatial visualizations then and now help us to conceptualize these disparate histories together, seeing how the ambitions for establishing Nazi presence complemented and contradicted spatial planning for the Jewish community. In Krakow, the nationalist goals of a Nazi imperial East were imagined and enabled through architecture and control of the built environment.